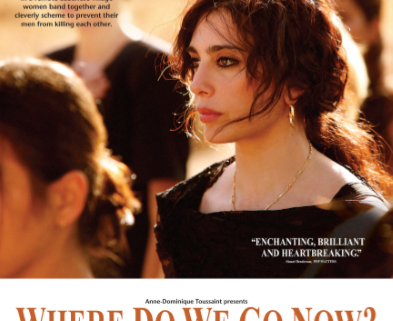 Join us February 12 for a special dinner, film, and panel discussion about the film, “Where Do We Go Now?”.

Film tickets are $5 at the door; meal reservation ($20)is available by emailing windiversity@gmail.com. Dinner (catered by Olive and Lime) begins at 5:30pm and the film will begin at 6:30pm, with panel discussion following at 8pm.

The Oddball, on IMDB, describes this film as follows:
Christians and Muslims lived peacefully together for years in this small Lebanese village, but
animosities begin to build among the men as a result of slights and misunderstandings. The women of
the village conspire to avert sectarian strife though a series of harebrained plans, none of which
succeeds in slowing down the escalating spiral of violence. When tragedy strikes, the women find
themselves driven to make a deeply personal sacrifice for the sake of peace.

This film series is hosted by Primrose Igonor. Panelists include Hana AbdelBaki, US Together Program
Manager, and Dr. Anthony DeStefanis, Associate Professor of History at Otterbein University.

Contact windiversity@gmail.com with any questions or for more information.